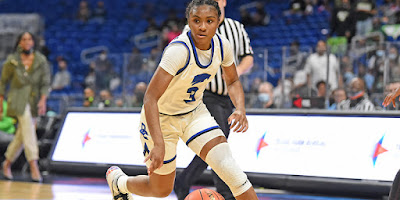 Cypress Creek High School senior Rori Harmon, who helped lead the Cougars to their third UIL state tournament appearances in four years in March, has been named the 2020-2021 Gatorade Texas Girls Player of the Year. Among her other top honors was being named Miss Basketball by the Texas Association of Basketball Coaches.

In honoring the nation’s best high school athletes, the Gatorade Company announced on May 27 that Cypress Creek High School senior Rori Harmon has been named the 2020-2021 Gatorade Texas Girls Basketball Player of the Year.

The award, which recognizes not only outstanding athletic excellence, but also high standards of academic achievement and exemplary character demonstrated on and off the court, distinguishes Harmon as Texas’s best high school girls’ basketball player. The first Player of the Year to be chosen from Cypress Creek, Harmon is now a finalist for the prestigious Gatorade National Girls Basketball Player of the Year award to be announced in June. 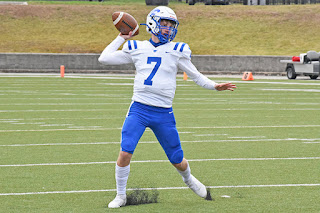 Cypress Creek freshman quarterback Brad Jackson prepares to throw a pass during a game against Heights High School on Dec. 12, 2020. Jackson was named All-Greater Houston Newcomer of the Year.

Jackson helped lead Cypress Creek to a 4-3 district record and a playoff appearance in his first year as a starter. He finished his freshman season completing 64 percent of his passes, throwing for 2,187 yards and 20 touchdowns.

“Brad had an outstanding ninth grade year,” said Cypress Creek Head Coach Greg McCaig. “He became the first freshman in school history to start at quarterback for the Cougars and did a phenomenal job considering that he did not have the benefit of a normal preseason to develop his rapport with his offensive teammates. He has an unlimited future at Cypress Creek, and we look for him to do very well next season.”

“It is no surprise to me that CFISD is well represented on the All-Greater Houston Football Team,” said McCaig, who has led the Cougars since 2002.  “We have exceptional talent in this district and our communities have very high expectations for all of our programs.  We receive tremendous support from our central and school administrators and are afforded all the resources we need to serve our students and our teams.”

SENIOR LISTED AMONG TOP 50 IN THE NATION 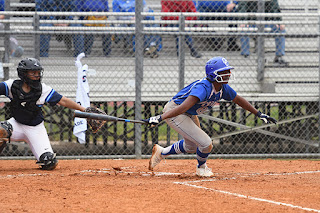 Cypress Creek senior shortstop Ja’Naiya Thomas was listed as the 50th-ranked player in the nation from the Class of 2021 by MaxPreps on Feb. 9.

Feb. 10, 2021—Cypress Creek High School senior shortstop Ja’Naiya Thomas was listed as the 50th-ranked player in the nation from the Class of 2021 by MaxPreps on Feb. 9.

In her first three years at the varsity level, Thomas has 15 home runs and is batting .517. Thomas has been committed to the University of Houston since her freshman year and signed in November 2020.

“It is really prestigious to be named in the top 50 in the nation,” said Head Softball Coach Randy Kight. “I’m really proud of her, it doesn’t happen often. It’s a first for Cy Creek, an honor for her and the school. She’s our leader, a true 5-star softball player.”

To learn more about the top 50 players of the Class of 2021, visit the MaxPreps website.

Congratulations to Cesar M. and Ethan S. for both winning 1st place for their artworks in the regional competition for the Houston Livestock Show and Rodeo Art Contest! Additionally, Alyssa P received a 1st place ribbon for sculpture and has ADVANCED to NRG for judging.  This allows Alyssa to compete against other 3D sculptures in the Houston and surrounding areas 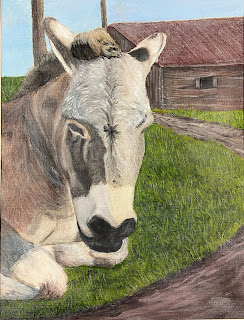 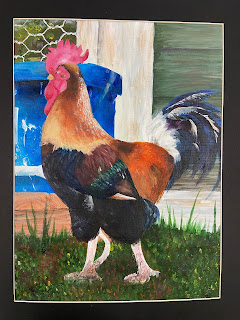 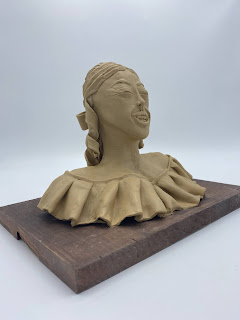 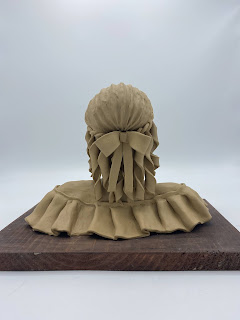 Cypress Creek High School multisport standout Hallie Shepard was featured during the Nov. 23 Fox 26 “Making the Grade” segment, which showcases top Houston student-athletes for their excellence in both academics and athletics.

Cypress Woods and Cypress Ranch high schools ranked among the top 1,700 U.S. high schools in the country, while Cy-Fair and Cypress Creek high schools gave Cypress-Fairbanks ISD four schools among the top 3,500 nationally, according to U.S. News & World Report’s annual list of America’s Best High Schools.
Graduation rates and college readiness were among the numerous metrics used to determine the top schools. Data was drawn from the 2017-2018 school year, using state and federal datasets. Click here to view the story on the CFISD website.
Posted by Cy Creek at 1:31 PM No comments:

Please join me in congratulating the company of Cy Creek's UIL One Act Play "A Lie of the Mind" for advancing to District last night! They will be competing at the next level on March 4th.

Below is a list of our OAP company this year.  Wish them luck when you see them!